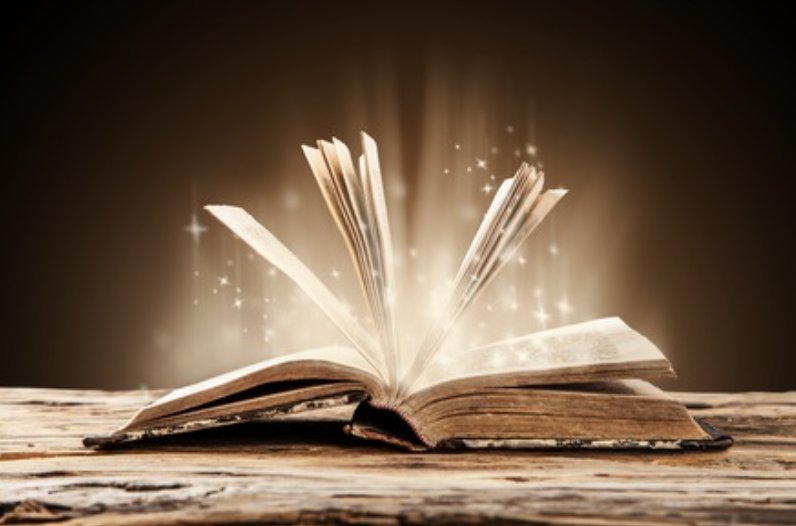 Persuasion is not only useful for marketers and salespeople. Learning how to use these strategies in everyday life can help you become a better negotiator and increase your chances of getting what you want, whether you’re trying to get your toddler to eat her vegetables or persuade your employer to give you that raise.

Persuasion strategies have been studied and analyzed since ancient times since influence is so important in so many facets of daily life. However, it wasn’t until the early twentieth century that social psychologists began to systematically explore these strong strategies.

The fear appeal is a marketing strategy used to persuade people to buy a product, pay for a service, donate to a cause, or otherwise be persuaded. The Fear Appeal persuades individuals that they are taking a risk if they buy or do not buy a certain product. The notion is that if consumers do not use the product you are selling, they will believe that there will be negative consequences as a result.

* Use personally relevant threats (not too small nor too big).

* Make sure you directly boost your customers’ efficacy by convincingly offering your solution as easy and effective.

* Provide a clear and strong call-to-action directly after / next to your scaring message.

Quaker Oats advertising from 1899 – addressing the dread of child development 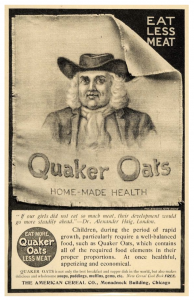 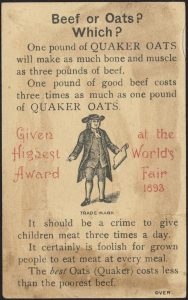 Advertisers attempt to create the impression that your life is incomplete without their product or service. Many people employ cognitive dissonance to highlight contradictions between the idealized image of themselves and the real-life versions of themselves. You feel dissonance because you want to perceive yourself in that idealized light, but you don’t always use that product or service.

Integrate cognitive dissonance in your business and sales strategies in such a way that your customers have to internalize buying and using your product.

* Don’t offer (large) incentives when asking your customers for a favor (such as ratings and reviews).

* Even test providing incentives for not buying your product (e.g. on your checkout page).

Consider charity as another example. Some think of themselves to be a generous and charitable people, but they disregard letters from St. Jude requesting funds to battle childhood cancer. This results in cognitive dissonance. Enter Amazon: their website smile.amazon.com donates 0.5 percent of the price of select purchases to your charity of choice – all you have to do is opt-in when prompted by the website. Humans have a tendency to be selfish, making it tough to give to charity, but when you get something in return (something you buy from Amazon), it’s simpler. People are more inclined to shop on Amazon again now that the cognitive dissonance has been resolved.

In the system of social reality, man is a kind of super-dense living atom. We are all led and surrounded by various social laws and regulations that we must follow in order to live in society. We follow these principles throughout our lives, such as doing well in class, respecting seniors, adhering to community norms, and many others. When we depart from the norms that exist within our culture, environment, family, or social groupings, we frequently feel pressure from others to adhere to the views and values that members of the group believe in.

* Support the forming of groups, connections, and dialogues among your customers and prospects (be it on your own platforms or on previously existing ones).

* Find and nourish the influencers within the more important social groups (e.g. on Facebook or niche platforms).

* Aggregate as much information about a specific customer or prospect and show that you’re approved of by his or her social peer group (from the device he uses, to more advanced log-in or Facebook profiling data).

* Show your customer that members of his social peer group are buyers, users, and advocates (e.g. with ratings, reviews, or Facebook piles).

According to a 2008 study, the phrase “Join your fellow visitors in helping to conserve the environment” encouraged more hotel guests to reuse their towels while their stay.

The statement “A record turnout is expected,” implying that a large majority of people want to vote, and utilized by the Barack Obama campaign in the run-up to the US Presidential election in 2008, helping to raise voter turnout by an estimated 5 million over the 2004 election. Turnout increased to 57 percent, the highest level since 1968.

We have a tendency to infuse products with meaning the moment we touch them. How can we do something similar in retail marketing?

Every one of us has that one treasured object that is so loaded with a nostalgic memory or emotional meaning that we couldn’t bear the thought of parting with it.

No Marie Condo, no cross-country move, and no downsizing could ever persuade us to part with that 10-year-old t-shirt, Gameboy, or FRIENDS DVD box set. These items are ours. They have been bestowed upon us.

This sense of ownership toward material goods is known as the Endowment Effect, and it has long been studied and tested by psychologists and marketers.

* Use trial periods so your customers feel like they already own the product.

* Imply a ‘return for free’ policy (obligatory in a lot of countries).

* Among existing customers, experiment with asking whether or not they are willing to sell the product for the price they paid. This might make them realize how much they value your product.

* If it works, show your prospective customers how unwilling your existing customers are to sell.

* When a customer leaves you, try to make him realize the good things he’ll lose.

* Realize that prospects probably value their current choice more than they rationally should.

Amazon Prime’s pilot season marketing strategy, which involves customers in the viewing and rating process for possible new shows, has been a huge hit. Viewers can provide direct comments on Amazon Studios’ original material, which helps the firm determine which shows to fully distribute.

Not only that, but it provides Amazon Prime subscribers a sense of belonging and ownership over the service – as well as the shows they criticize. People who have joined up for the 30-day free trial can also participate, providing them even more reason to purchase a complete subscription.

When making judgments, we frequently consider things that are pleasant and familiar to us. Things like our ideas, previous choices, and established routines cling to us like glue, forming our own unique status quo. As a result, we place a disproportionate weight on what we know and are more likely to gravitate toward pre-determined solutions even when other possibilities are available or potentially better for us. Using the Status Quo bias in marketing means capitalizing on our innate desire for things to remain as they are and our aversion to making an effort.

* Present behavioral options in such a way that you prefer your customer not to act.

* Phrase questions in the same way (you prefer ‘no’ as the answer).

* If a question is phrased the wrong way, prefill it (be careful though with multiple prefilled answers, that might result in changing all of them).

When given a set of sandwich choices for lunch, people frequently choose a sandwich they have had before. This is known as regret avoidance: in order to avoid a potentially regrettable experience (such as trying a new sandwich and disliking it), people choose to continue with the status quo (the sandwich with which they are already familiar).

Coca-Cola introduced “New Coke,” a reformulation of the original Coke flavor, in 1985. Many customers preferred New Coke to Coke Classic in blind tasting tests. When consumers were offered the option of selecting which Coke to purchase, they preferred Coke Classic. New Coke was eventually phased out in 1992.

Equivalence framing is the intentional statement or portrayal of logically equivalent information in such a way that it encourages certain interpretations of the significant context while discouraging others. We change our choices as a result of these “different but conceptually comparable frames.” Equivalency frames are frequently phrased in opposing terms. For example, “gains” against “losses,” “full” versus “empty,” “fat” versus “fat-free,” and so on.

* List all your product features and branding aspects (or at least the most important ones). For each feature/attribute, think about how you can word it in opposite terms (e.g. “35% fat” versus 65% fat-free”).

* Now, choose the phrasing that is generally the most persuasive.

* Finally, try to find out the needs for each specific customer (e.g. find out whether he is aiming to lose weight, or craving a greasy burger, by using his Google searches, scraping his social updates, checking the subjects he read, etc.) and start targeting with opposite equivalent frames.

MoneYou ( https://www.moneyou.de/ ) , an online bank, intended to encourage its users to open additional savings accounts. They investigated if framing this behavior as follows makes a difference.

The second increased the number of users who accessed their personal banking account by 33%. (they were unfortunately not able to measure the truly opened extra saving accounts).

The peak-end rule is a cognitive bias that influences how people remember events in the past. In our mental calculation, intense positive or negative moments (the “peaks”) and the concluding moments of an event (the “end”) are significantly weighted.

* Bring your ‘enlightening moments‘ from your sales dialogue together in one happy climax.

* If possible, make sure that this positive peak is at the end of your sales dialogue.

* Next, map out all service dialogues, micro-conversions, and other ‘exit points’.

* Create small positive peaks there, too.

* Use enticing extras, such as the good old ‘unexpected gift on your thank you page!’, or specific extras such as unlocking badges or access to exclusive content, games, or apps.

Duolingo ( https://www.duolingo.com/ ) is an educational app that makes learning a language fun. Its humorous and conversational design encourages users throughout the interactive lectures, adding to an already favorable impression. Learning a new language is a joyful pastime in and of itself, but Duolingo amplifies that pleasure. The software validates those accomplishments, heightening the sense of accomplishment that comes from correctly answering questions.

Consider the most satisfying stages in your users’ typical journey. What emotional payoffs are already there in a typical session? Is your website able to provide answers to complex questions? Is your app making a time-consuming process easier? Is your company’s service significantly less expensive than its competitors’? Identify the times when your product is most useful, valuable, or amusing, then design to enhance those experiences.

These concepts are effective because they appeal to our subconscious instincts rather than our rational minds. However, keep in mind that, while these principles can assist raise brand awareness, the most important aspect that ultimately promotes consumer happiness, loyalty, and sales is a quality product.

All marketing initiatives as part of a marketing plan will only be effective if they promote a product that provides genuine value to customers.